A car accident changed everything for Debra White. Her social work was abruptly ended on 1/6/94 due to a traumatic brain injury. After a long recovery, she re-invented herself through volunteer work and writing since returning to the work place wasn’t possible. An award winning free-lance writer, Debra has written for the Bark, Animal Wellness, the Arizona Republic, the Sierra Club's magazine, the Latham Letter, Animal Sheltering, the Phoenix Business Journal, Social Work, Fostering Families Today, East Valley Tribune, Airports of the World, Dogs in Canada, American Jails, Psychology Today, Indian Country Today, Landscape Management, Back Home, Potato Soup Journal, Academy of the Heart and Mind, Breath and Shadow, Journal of the American Veterinary Medical Association, and many others. She reviewed books for Animal People, contributed a chapter to Dogs and the Women Who Love Them, reported for the AZ Muslim Voice and wrote a breed specific book for TFH Publications. In 1997 she moved to Phoenix and resumed volunteer work at animal shelters. She volunteered for the John Kerry presidential campaign in 2004, answered the phone in the office of former AZ Governor Janet Napolitano, did clerical work for the Grand Canyon Chapter of the Sierra Club, participated in a children’s reading program, helped teach English to refugees new to the USA for the IRC (International Rescue Committee), helped sort and fold donations to a global humanitarian agency (Helping Hands for Relief and Development), served as a navigator as Sky Harbor airport, volunteered as a pet therapist, and more.

Please contact Debra for copies of her work.
Thank you. 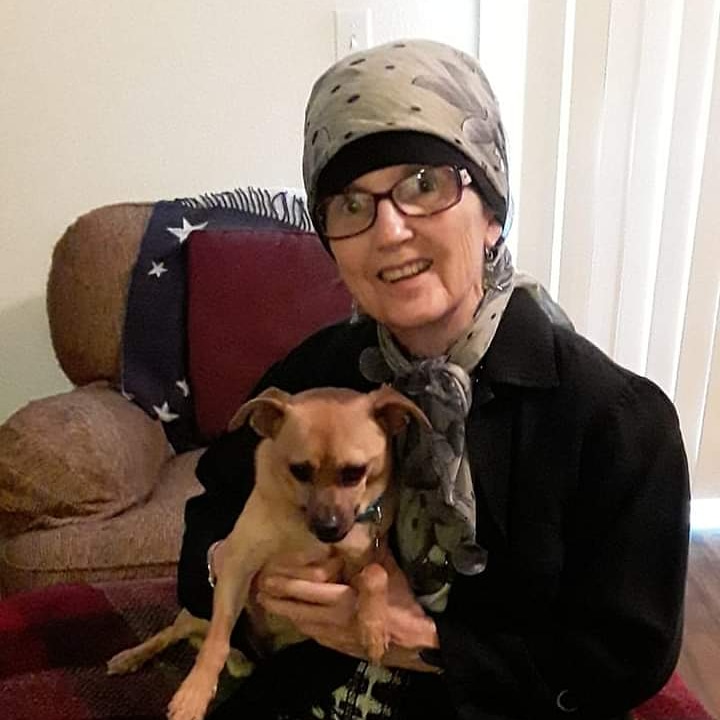 A former social worker, a pedestrian car accident abruptly ended my career on 1/6/94 as I walked my two dogs. I came home two months later to a different world, disabled from a traumatic brain injury. I never expected to lose part of my mobility, memory or my career at the age of 39. Nonetheless, after a long recovery, I re-invented myself as all around volunteer, returning to animal shelters after I moved to Arizona. I became a pet therapist visiting a nursing home and a homeless family shelter. I assisted at the International Rescue Committee teaching English as a second language to refugees. I volunteered with former AZ Governor Janet Napolitano. I served with the Grand Canyon chapter of the Sierra Club, the AZ Department of Economic Security and a children’s reading program. I now volunteer with Sky Harbor Airport, the Arizona Animal Welfare League, and Helping Hands for Relief and Development, a global humanitarian agency.

My articles have appeared in Animal Wellness, Animal Sheltering, the Journal of the American Veterinary Medical Association, the Phoenix Business Journal, the Sierra Club’s magazine, Landscape Management, Dogs in Canada, Back Home, I Love Cats, Cat Fancy, Dog Fancy, the Latham Letter, NACA News, the Arizona Republic, Arizona Capitol Times, Indian Country Today, the journal Social Work, Fostering Families Today, American Jails, Airports of the World, Potato Soup Journal, Literary Yard, Breath and Shadow and others. I contributed a chapter to Dogs and the Women Who Love Them, published by The New World Library (2010) and wrote a breed specific book for TFH Publications in 2010. I self-published a book called Nobody’s Pets (told also from the animal POV) in 2001 that sold 3,000 copies. I reviewed books for Animal People and reported for the AZ Muslim Voice.